My local running club, Boca Raton Road Runners, is starting its inaugural marathon (and half marathon) training program this fall, which I will be coaching.  There are plenty of programs around, but they mostly start in July targeting popular fall marathons such as New York, Chicago, Marine Corps (and here in Florida, Palm Beach and Jacksonville in early December and Disney in early January).  So, we have chosen to offer a program beginning a bit later, which allows for less training in South Florida's unbearable summer heat and humidity.

Our program is targeting marathons and halfs beginning next year, such as Miami on 1/30/11, a bunch in February--Tallahassee, Melbourne, another one in Jacksonville, Gainesville, and Ft Lauderdale--and extending the program through spring to encompass Boston in April, depending on interest.

For more info, go to the club website:  www.bocaratonroadrunners.org

That's me--second from the right... 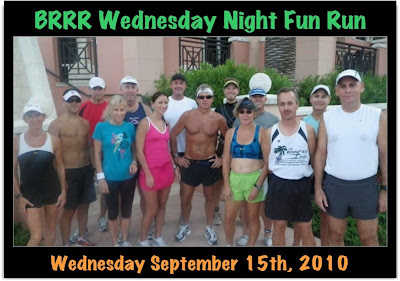