It's been a very long time since I last posted.  Mostly because I am, once again, NOT running.  I was doing sooooo well back in January.  Hardly any pain, upping my mileage and pace ever so gradually.  Then I participated in a fitness coaching workshop, two eight-hour days of classes with other fitness professionals, and I ended up damaging the cartilage in that left hip of mine.  We did all kinds of moves the hip probably wasn't quite ready to do--boot camp type stuff, plyometrics, jumping up and down from boxes, that sort of thing.

I laid off running and even walking and biking, because I couldn't without it really starting to hurt, for the next couple weeks.  Still could not run or even walk without pain, so swimming was really my only option.  Things did not get better; in fact, it seemed to get worse.  So, in early June I had PRP/stem cell therapy done, this time using not just the stem cells from my fat, but also from my bone marrow.


I saw Dr Joseph Purita at the Institute of Regenerative and Molecular Orthopedics, "world renowned stem cell therapist."  The MRI I had done that he ordered showed, first of all, that--YAY! the torn hamstring and rectus femoris tendons had healed!  I had PRP/stem cell therapy (using just my fat, not my bone marrow) for these a year ago with a doctor who has since retired from practice.  The fact that those tears were chronic (I am guessing a couple years, and the hamstring tears were partial avulsions off the bone), and I had had 8-9 months of physical therapy before the PRP/stem cell injections...   and the fact that the surgeon who cleaned out the synovial chondromatosis and repaired the labrum in that hip in 2011 said that he could not surgically repair the torn hamstrings and get a good result (thus the 8-9 months of PT, which did not help)...  well, for those tendons to heal..  I am a believer in stem cell therapy!!

The MRI also showed that the cartilage in the joint was damaged.  Dr Purita and I discussed my options and he said he thought I would get a good result with the stem cell therapy, so that's what we did.

It has been about 6-7 weeks now since the injection.  This time around they took my blood for the PRP, my own fat cells from a small area on my side (which Dr Purita says contain only a few stem cells compared to bone marrow), and bone marrow aspired from the back of my pelvis.  I was there at the office most of the day; pain/discomfort was minimal.  I was sore for a few days, but not too bad.  Obviously no running, or even much walking since the procedure.  Dr Purita said it would be several months before I noticed any difference, and 11-12 months before complete healing.

Last week was spent at my sister and brother-in-law's home in Asheville, NC.  I of course took my bike with me, and I had the best time!  The famous Biltmore House and Estate is in Asheville, "George Vanderbilt’s extraordinary home, beautiful gardens, and Antler Hill Village & Winery, nestled on 8,000 acres in the mountains of Asheville, NC" (as it is billed on their web site).  It was mid-80's and sunny every day, perfect for biking the trails, which there are both paved and dirt/gravel, plus some technical trails in some wooded areas.  I really needed a mountain bike, and put my hybrid to the test on some of the trails!

Some photos of my biking in Asheville: 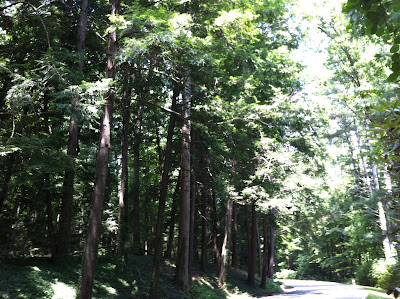 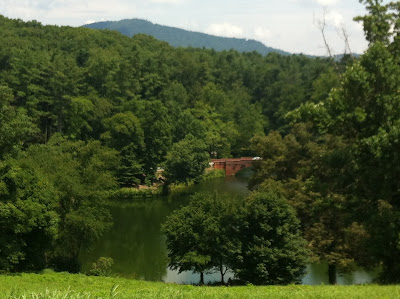 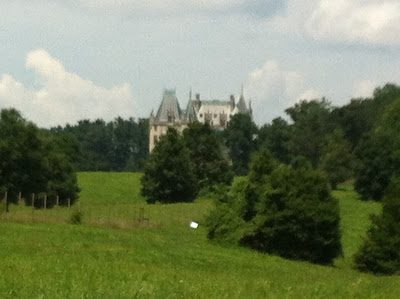 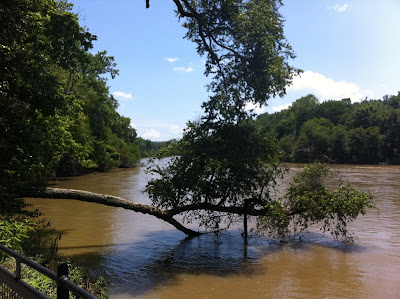 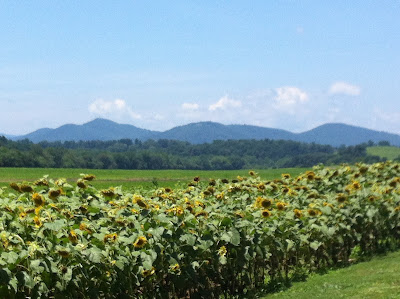 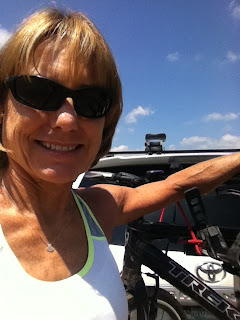 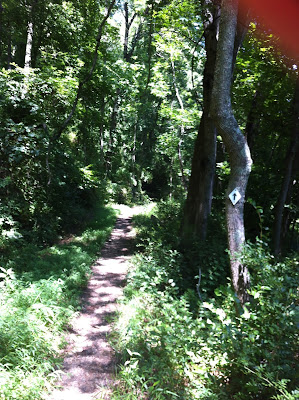 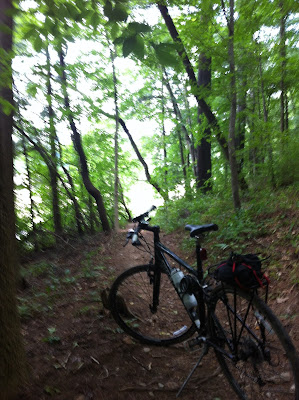 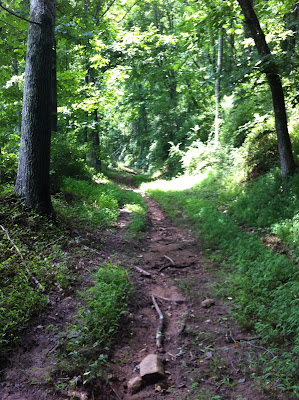