The research team followed ultrarunners in the TransEurope-FootRace in 2009, which started in southern Italy and traveled north approximately 4,488 kilometers (about 2,789 miles) ending in Norway at the North Cape, over 64 days, running 60-90 km per stage.  Forty-four runners participated in the study (66% of the total number of entrants).  Daily urine and blood samples were taken, and ECG's and other tests were administered over the course of the race.  Using a mobile MRI unit, the researchers took full-body MRI's of twenty-two of the runners every three or four days. 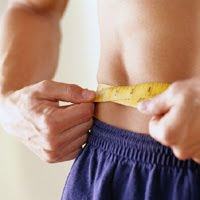 A significant finding for the regular runner is that the greatest amount of both visceral fat loss (the kind of fat found deep in the body around organs as opposed to subcutaneous fat underneath the skin) and overall fat loss happened much sooner in the running process than was thought before.  And one of the more interesting conclusions they came to was that running through some types of leg injury is safe.  They say that, "if a runner has intermuscular inflammation in the upper or lower legs, it is usually possible to continue running without risk of further tissue damage.  Other overuse injuries, such as joint inflammation, carry more risk of progression, but not always with persistent damage."

This provides support for running on tired, sore legs.  According to Matt Fitzgerald (can't remember offhand which book of his I read this in, but I'll look for it), a short easy run within twelve hours of a hard workout helps in muscle recovery.  Most elite runners will do a morning hard speed session and an easy afternoon run.  When Jane and I were in marathon training mode, we would do our hard speed workout at 5:30 on Tuesday mornings with a total of around twelve miles, work all day, then meet up again for a short easy run that evening after work.  I try to have my runners do a very easy-paced recovery run the day after a hard or long run, if they feel like it, if not the evening of the workout.
Posted by Joy at 10:42 PM