With the weekend coming up, runners training for fall/winter marathons will be out again in full force early Saturday and Sunday mornings.  And I just want to say something here.

For the past several weeks, I've been out on my bike with my runners as they do their long runs, and I am seeing some rude runner behavior out there.  I'm talking about those groups of runners, or even just two or three, that take up the whole running path and don't move to their side when you're coming from the other direction, forcing you to jump off the path.  If you didn't, they would plow right into you!  People can get into this herd mentality when they're in groups, and just not think about what they're doing.  So, please, runner groups, when approaching a runner coming from the opposite direction, MOVE OVER!  Share the path! 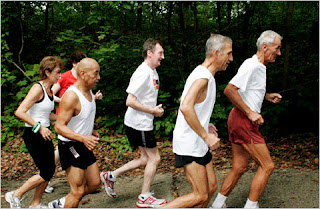 Another peeve of mine is seeing used gel packets on the ground or around the water stops.  Runners, please throw your garbage in the waste receptacle.  If there isn't one nearby, put it in your shorts key pocket to throw away when you can. 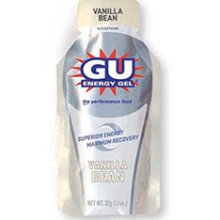